02 Jan the last chapter and Lapland love (part one) 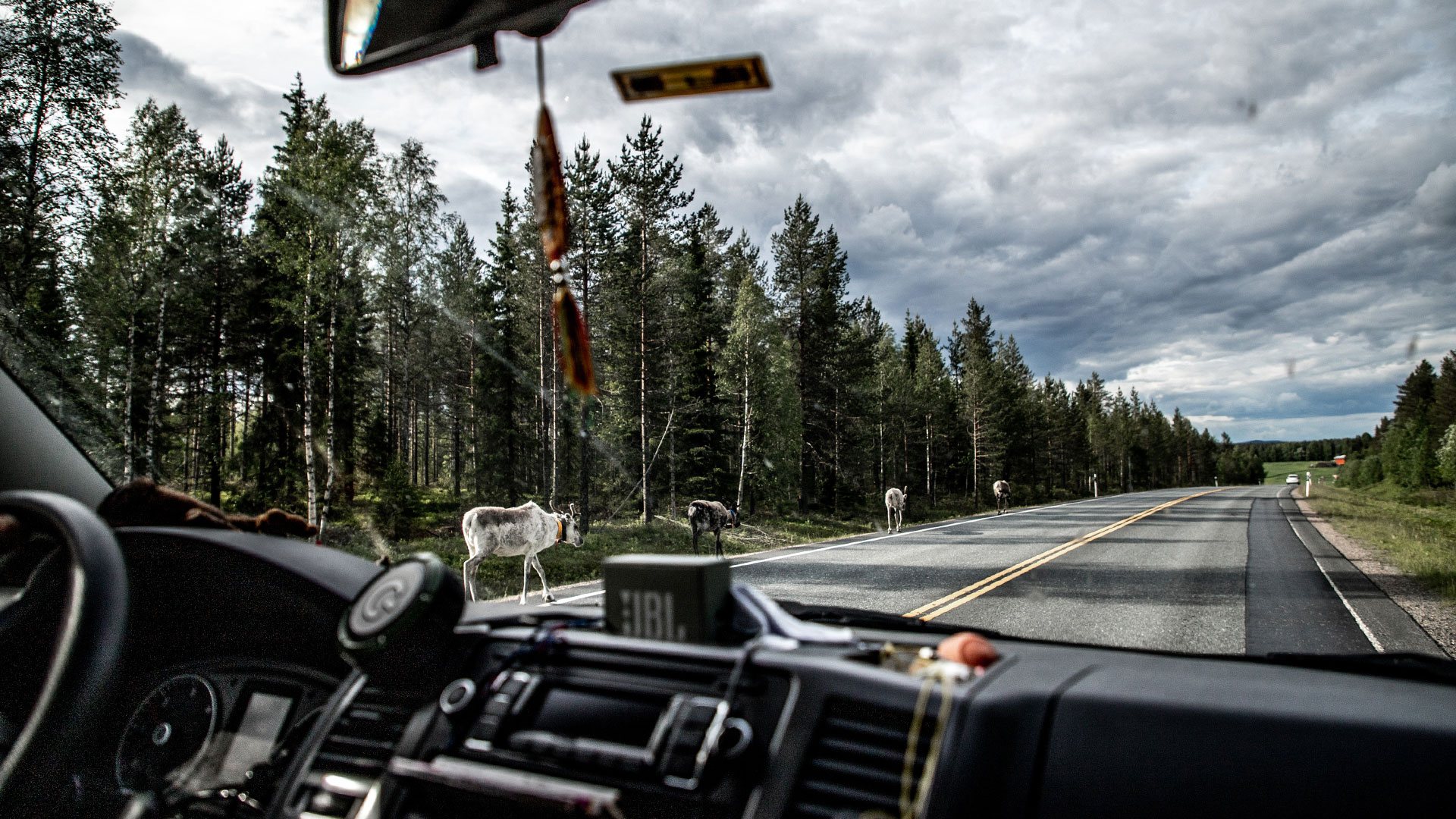 The inevitable has come. Postponing what needs to be done is no longer an option, the time has come to finish our story.
During the two (almost three) months we’re back home now, my brain lacked the ability to comprehend the impact of our trip on who I am and what I want to be.
It’s hard to give up the large portion of freedom I experienced throughout the previous year. The small social structure that we lived in with the four of us made lots of thing a whole lot easier. Being back can be hard and sometimes it sucks. (That also means that sometimes it doesn’t.)

But first I should go back to midsummer eve, some four moths ago. The boat took us from Tallinn to Helsinki where we stayed on the city campsite. It was the start of the last big chapter of our trip but we couldn’t care less. We knew we would see some amazing places in the six weeks ahead of us.

In Slovenia we met some Finish packrafting enthusiasts of which we would meet some again at their home turf. We arranged to meet at Kapeenkoski, a small island with some very nice and well-equipped camping spots. From there we could paddle the rapids of Kapeenlampi together. It was something completely different than paddling the Soča, but a lot of fun. It’s only a short stretch of water but it’s possible to paddle the same rapid over and over again. Sounds boring, but it isn’t. It’s interesting to paddle the same rapid in different ways and sharpen your skills time after time. The second stretch with only one, but longer rapid on Kusaankoski was a few k downstream. This one was a bit more challenging but a perfect exercise to become a better paddler.
Paddling the same rapid over and over again makes you try new things and gets you in an experimental mood, which results quite often in swimming. But hey, swimming a rapid is also fun and educational.
Thanks Jouni, Sami and Hanna-Mari for the invite and the great paddling.

Next stops: Kuusamo, where we did some more camping (and where Guust caught his first pike ever) and Inari where Katrien would become an even more skilled photographer than she already was.
In Lemmenjoen National Park she attended a three-day outdoor and adventure photography workshop. A unique experience considering the facts that it never gets dark and that the golden hour continuous throughout the entire night.
For us three, the ones left behind, it was the perfect opportunity to do some amazing hiking in the national park and to get to know a little bit better the fascinating and rich Sami culture. On an 18 k hike we were lucky enough to spot a reindeer carcass that was completely intact. We weren’t leaving Finland without some antlers as a souvenir.
Another bucket list item we could scratch of the list.

Reunited after three days, we headed further north for the Varangerfjord. From Vadsø and Vardø we drove for Hamningberg and from there… Well, there was nothing more to drive for. We reached one of the farthest and most isolated places on our trip, the road just stopped at the Barents Sea and nothing remained but vastness and the four of us to share it.
Driving through such desolated country is something you never forget. There is no distraction; it’s only you and the present world. For a short time you forget about the past and the future, you just are.

At the campsite in Vestre Jacobselv it was time to prepare for yet another bucket list item: salmon fishing at the Jacobselva. Fishing for salmon is not something you just do if you’re not a local. It starts with entering a lottery to get one of the ten available permits for that day. After that, you need to get your gear disinfected to avoid contamination of microorganisms from other river systems or lakes. The preservation of these pure and pristine rivers is so very important. We have to protect what’s left.
The fishing started at six o’clock. Because I was only allowed to fish for 24 hours and it didn’t get dark, I fished well into the night. I wasn’t very successful. Like I often say, fishing isn’t about being lucky. It’s all about skill and knowledge and I lacked both. Luckily, the Norwegian fishermen and women are very helpful. They gave me some tips and pointers and after a short night of half sleep, half excitement I started fishing with a bit more confidence, unfortunately, without any result. I had only one take but I didn’t manage to hook the fish. It was not the fish weren’t there. I saw lots of fish jumping out of the water, even those massive 15-kilo salmon you hope to catch some day in your life.
I felt like I needed a second chance. I entered the lottery again and with only ten participants it wasn’t a very exciting one.
A little bit more experienced, I fished the river for 18 of the 24 allowed fishing hours. And yes, this time I was successful. I managed to catch one salmon. Not one of those massive, silver beasts, but still, you don’t hear me complain. I finally managed to bring home some food. My prehistoric instincts and my family, were satisfied. As much as I dreamed of catching salmon, they dreamed of eating one, freshly caught by their husband/father.