14 Feb the foldable, the inflatable and the assembled 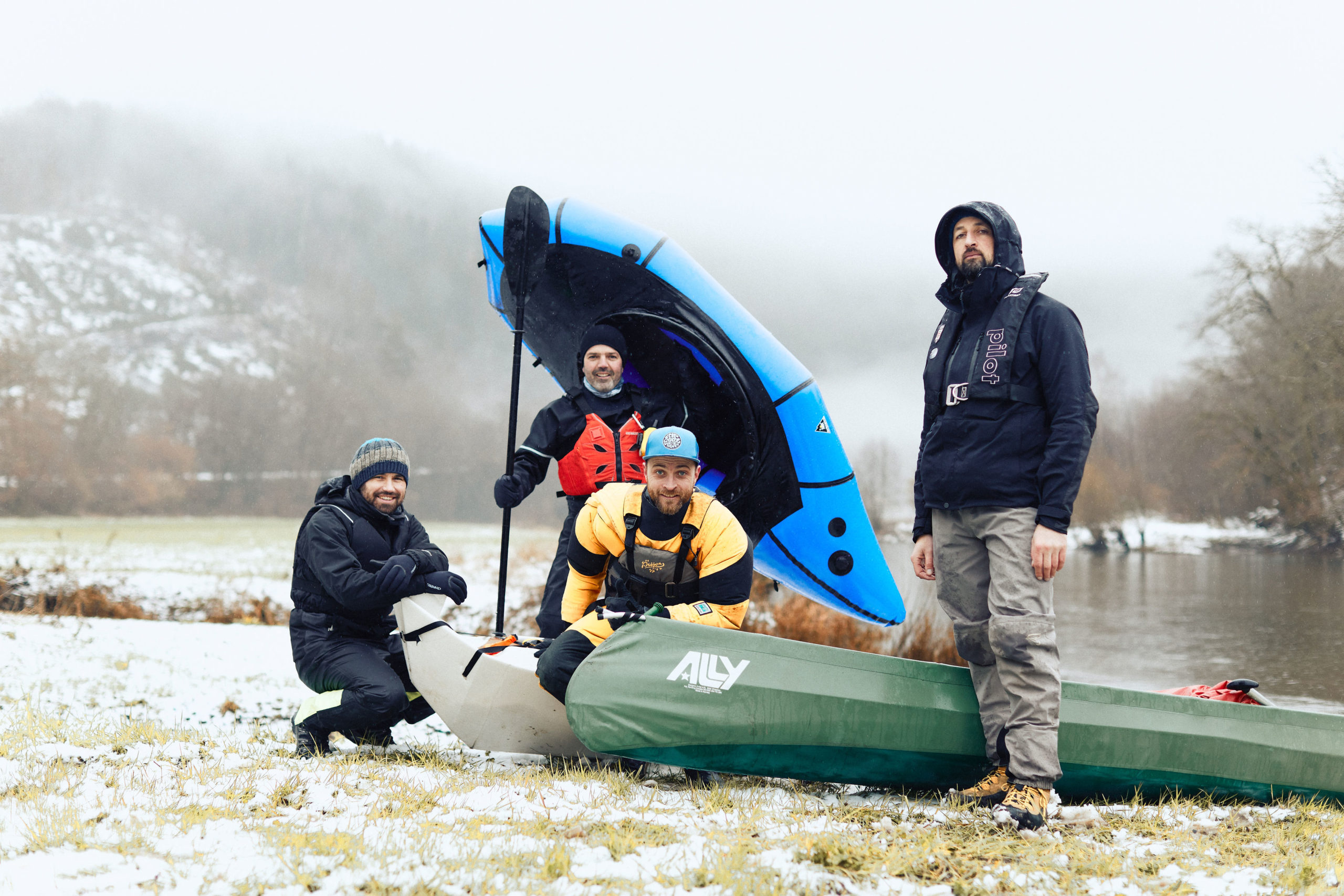 WAO friend, Tim, had another adventure planned and I was invited together with three others.
I gladly accepted and before I knew it, I was on my way to the Belgian Ardennes for a 20K winter float trip on the Semois, the most beautiful river in Belgium. (In my opinion that is…)

Tim arranged three vessels: two canoes and one kayak. But instead of the well known heavy plastic rentable stuff, Tim had something special in mind.

Snowy riverbanks and cold water alone wouldn’t be much of an adventure, so we were to paddle one origami inspired canoe, one meccano-style constructible and a bouncy castle kayak. 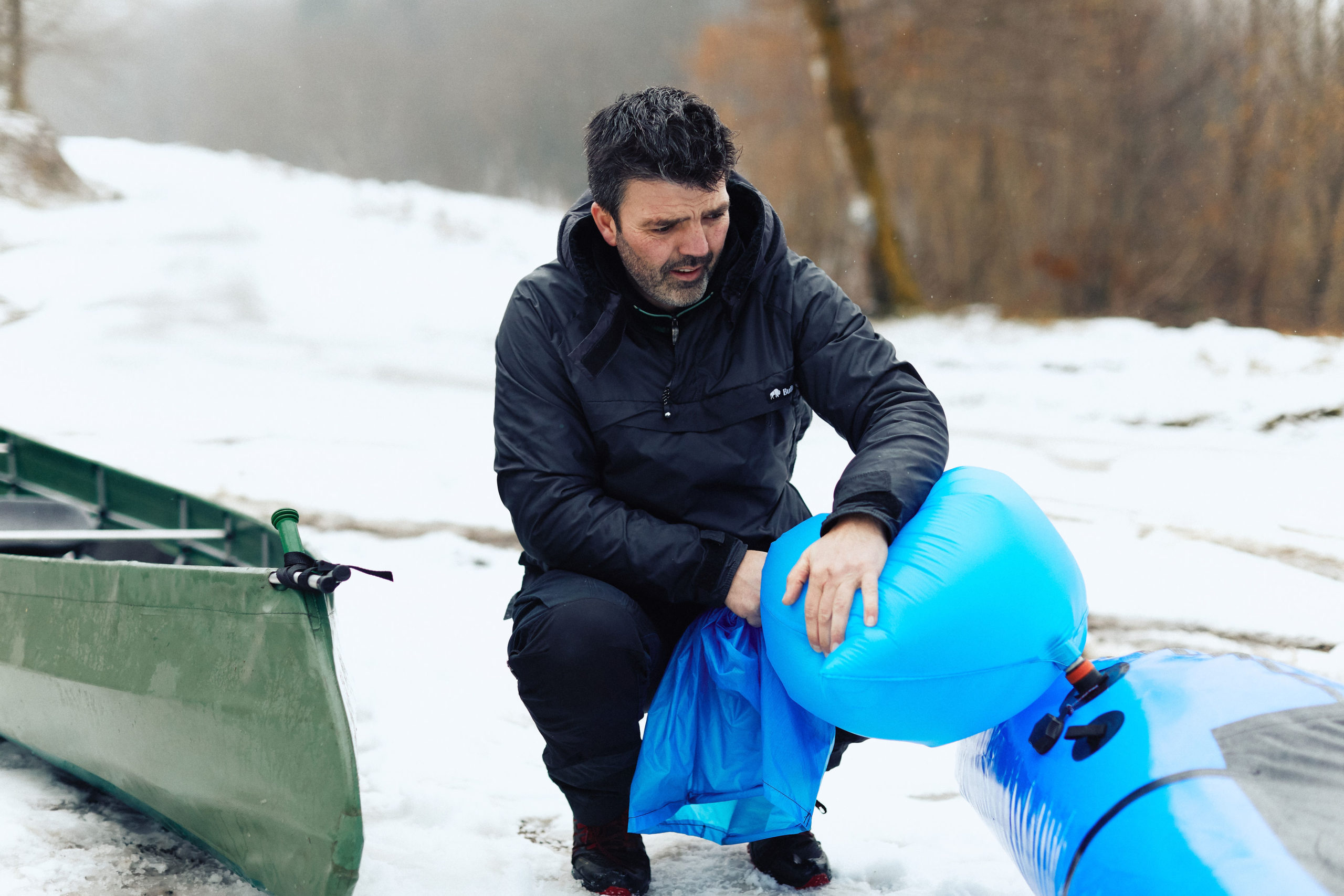 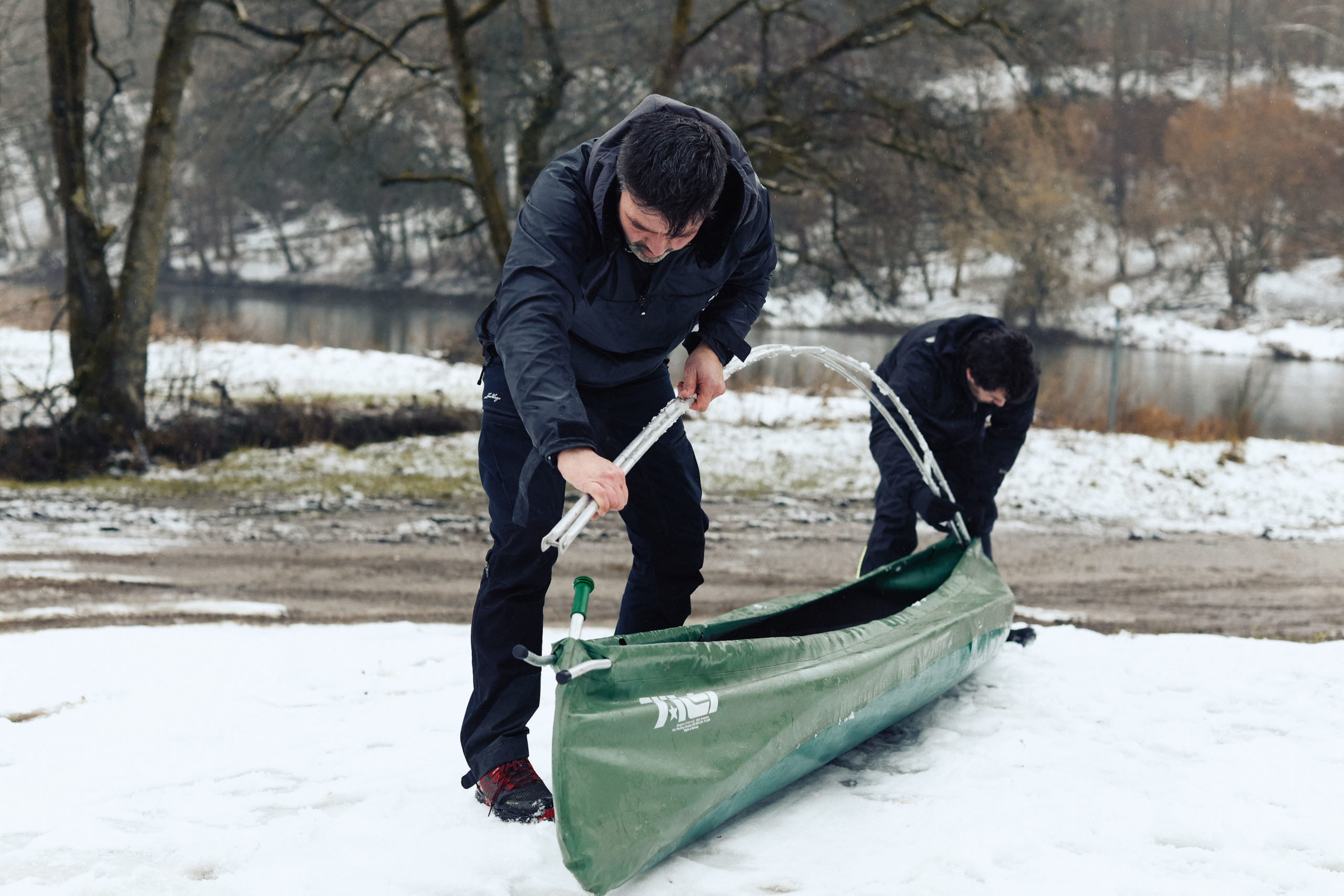 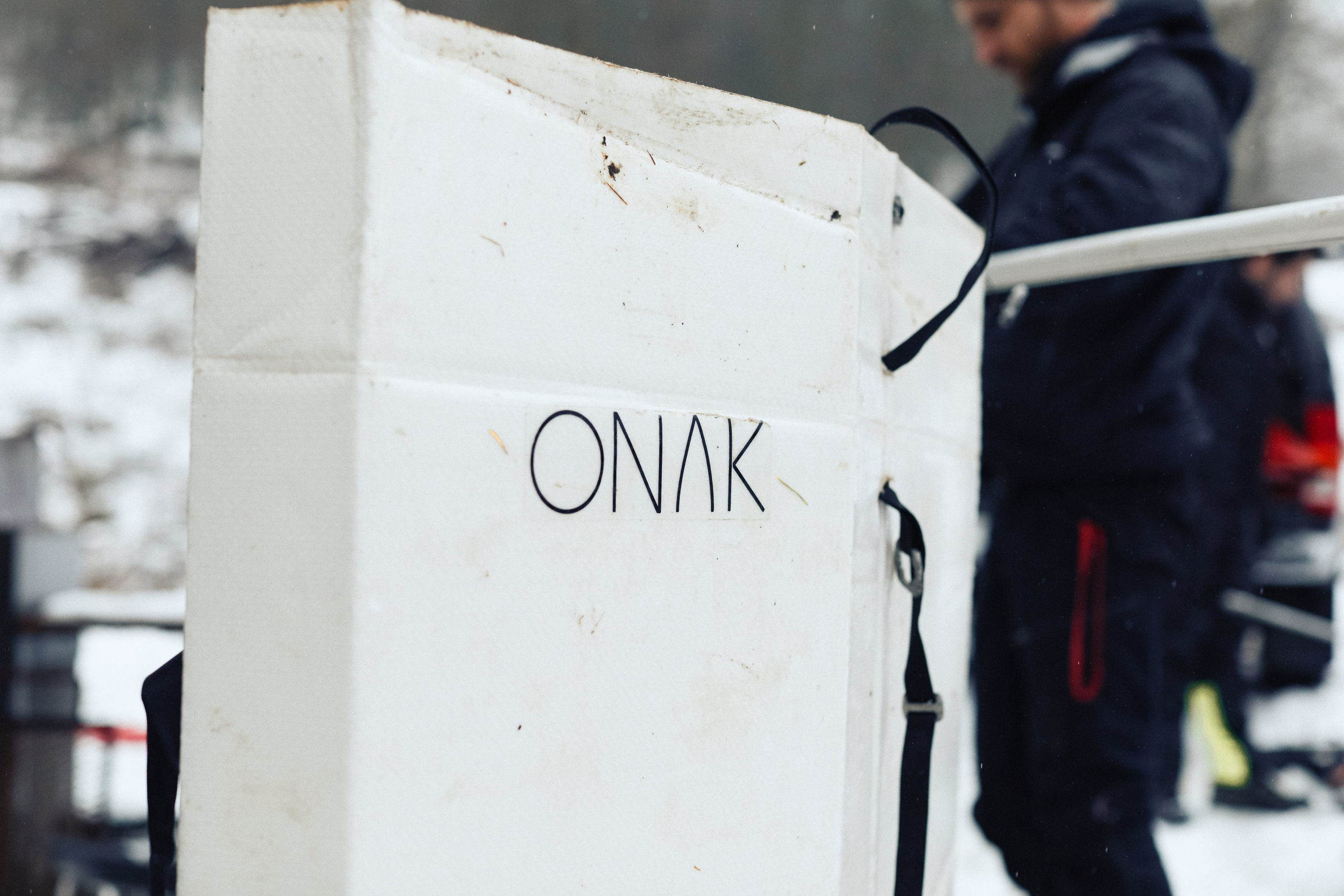 I’m not going to give you the full review since I’ve only tried the canoes, but I can say that they are fun to paddle.

I started in the Ally canoe, which is nothing more than a clever, aluminum frame wrapped in a heavy-duty canvas. At first it wasn’t a big success because the canoe is not the most stable and easy-going so it made me quiet nervous. (I could use the word “scared”, but that would just make me look bad.) After we rearranged some gear and people, I slowly got acquainted with this nice piece of aquatic engineering and enjoyed the rest of my trip in it. Once you “feel” it, it is a lot of fun and boy… it is really fast.

After the Ally I took place in the “Belgian designed and made” Onak foldable canoe and the difference couldn’t be any bigger in terms of stability. The Onak is glued to the surface and is a real pleasure to manoeuvre. It is slower though and not easy to piece together when inexperienced. In short, they both have their pros and cons.

There wasn’t any time left to try the Alpacka Raft, but I really want to in the future. It is small, light, easy to manoeuvre and it fits in a backpack. It’s not made for distance and speed but who cares when you’re having fun. 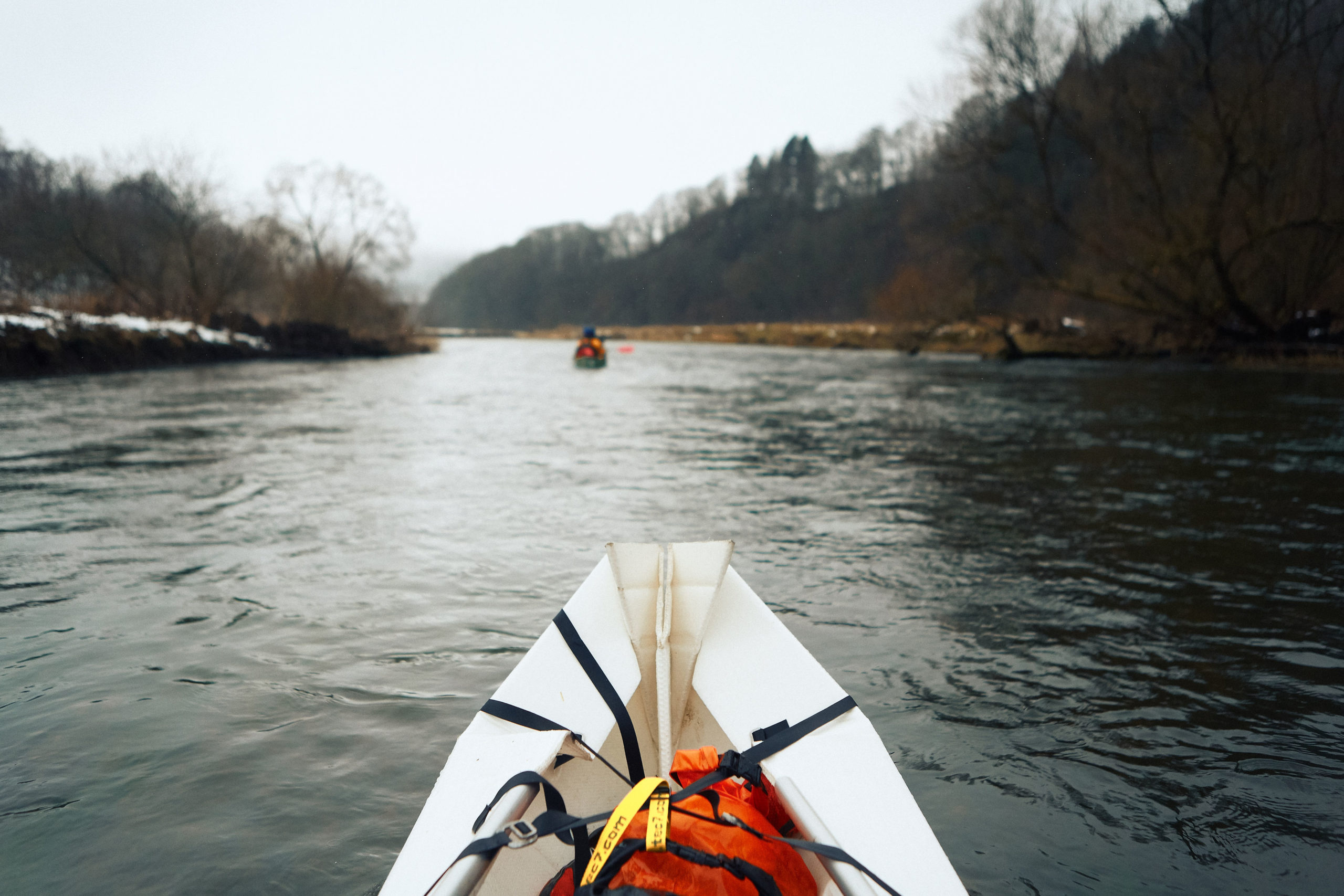 The trip in itself was one to remember. For Tim and me it was the sequel of a trip we made the year before and a part of the, up to now incomplete, mission to paddle the entire Semois.

It is an amazing river that flows through desolate and impressive landscapes. I don’t know any spot where you have the feeling that you are completely away from everybody and everything. Especially in winter, when you are most likely the only dingbat on the water.

The Semois is a river that meanders throughout forests, meadows, hills and small, often idyllic, towns.

“Le Tombeau du Géant”, for example, is a spot that makes a trip special. The legend tells us that a giantlike Gaul refused to fight in the collosseum for the Romans and threw himself from the cliffs, “Le Rocher des Gattes”. The villagers who found him the next day buried him on top of the hill, surrounded by the river. When you paddle around that hill which feels like a gigantic tomb, there is no other word to describe the feeling than: awe. (Don’t worry, I had to look it up either.)

Le tombeau is only one example of places that feel special and add to the experience. Trust me, there are many more.

From all places, I think the Semois is the most versatile, beautiful and mesmerizing. It always makes me lyrical, but I believe that I already gave you that feeling. 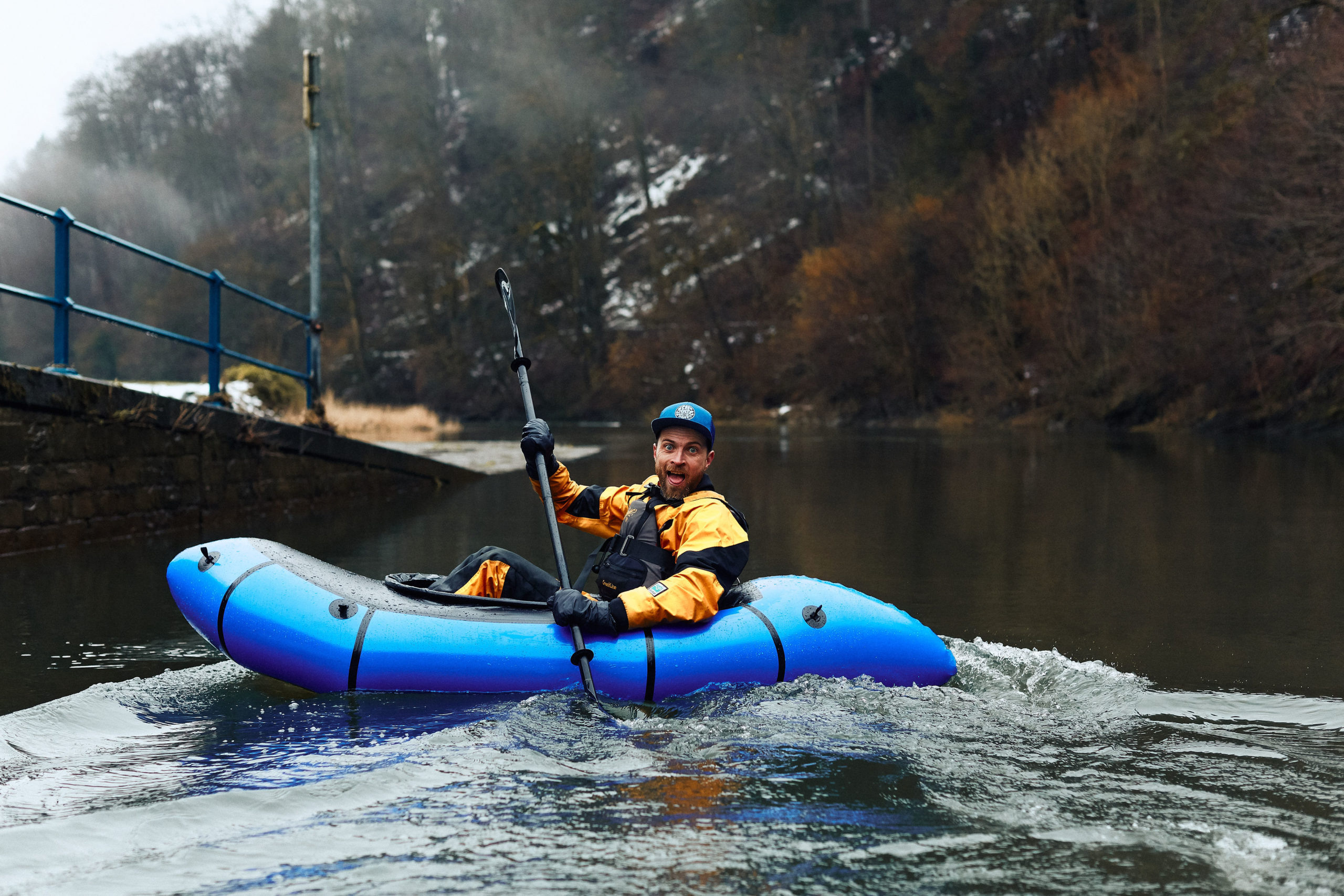 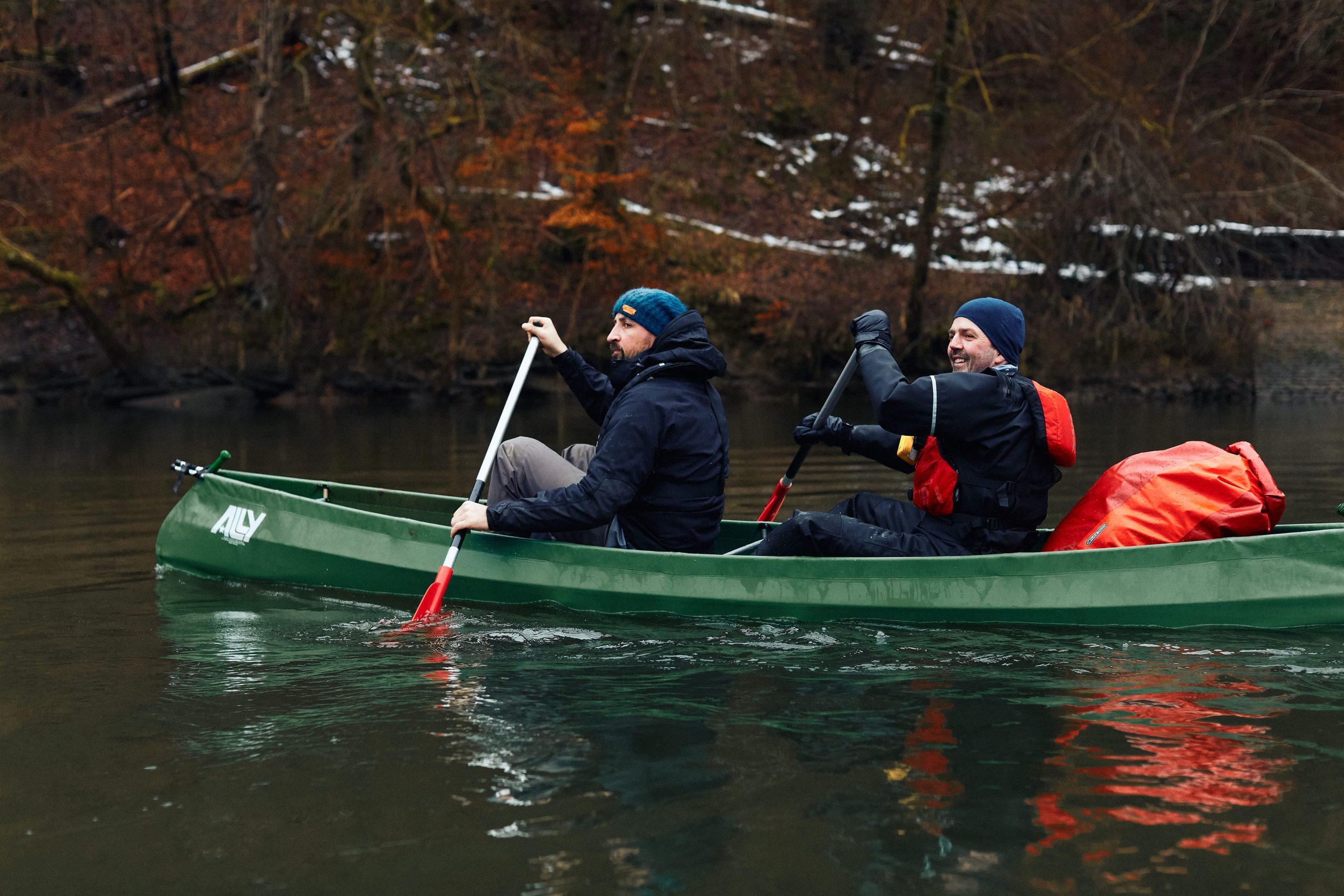 Now, back to our trip.

We ended our day at a great spot on the riverbank which Tim scouted on one of his earlier trips. It was remote, spacious and sheltered.

The first thing everybody needed was some food, a drink and some dry and warm clothes. Bread, cheese, sausage and some old Bols fired up the inside again while some heat pads did the trick for cold feet and hands.

Afterwards a fire was made and tents were pitched before it went completely dark.

Peter had a lovely surprise for the rest of us. He brought a Petromax, cast iron, sandwich toaster, bread, cheese and ham. Oh boy, it beats those freeze-dried expedition food bags anytime. And if that wasn’t enough, Dieter had some sausages with him which fitted that grill iron as well. Need I say more…

Well fed and exhausted I fell asleep reminiscing and surrounded by the softly clattering sound of the river.

This mission was organised by Tim Zeegers, founder of We Are Outsiders and great friend. If you wanna explore our beautiful Ardennes, he’s your man. His version of this endeavor was published in Nest magazine (no 141).
click for WAO

The aquatic toys we played with where generously provided by Verreweg Outdoor and Onak. Peter Thuwis of Verreweg also took part in this mildly insane exploit.
click for Verreweg
click for Onak

Me, the writer of this post and Dieter Van Bellingen are two regular Joe’s that thought it would be a lovely venture.