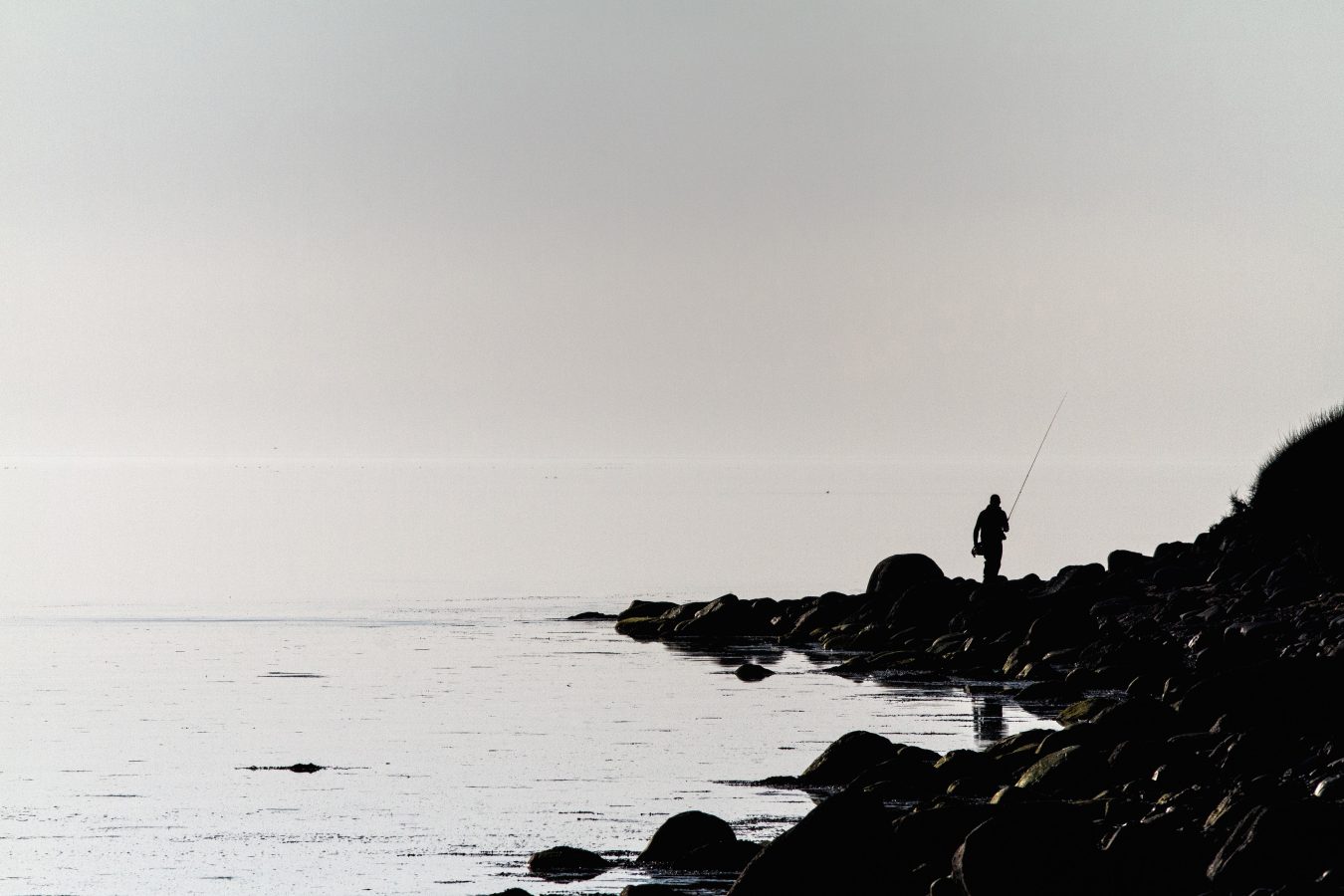 As Easter comes closer, I get that itch again. It’s time to start thinking about sea trout again.

This year it will be the third time I’m making the trip, so I’m still pretty inexperienced but completely hooked.

Why? Simple. Fishing for sea trout isn’t just fishing, it’s a package. It’s having fun with friends (old and new), it’s being outdoors all day long no matter the weather, it’s pushing limits and perseverance, it’s enjoying the simple things like a cup of coffee freshly brewed on a rocky beach, it’s getting that skull empty again.

And of course, there’s also some hard-core fishing involved. 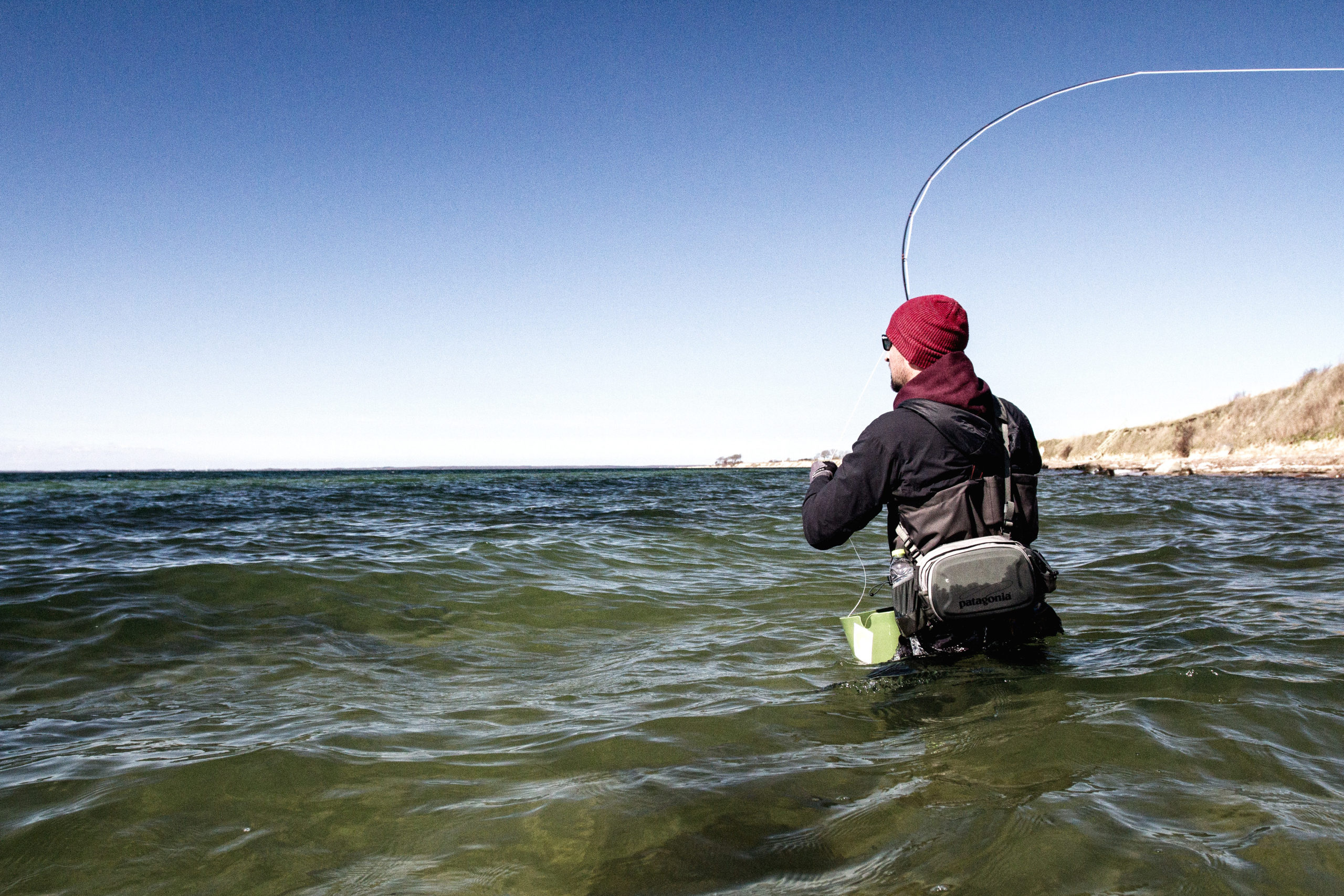 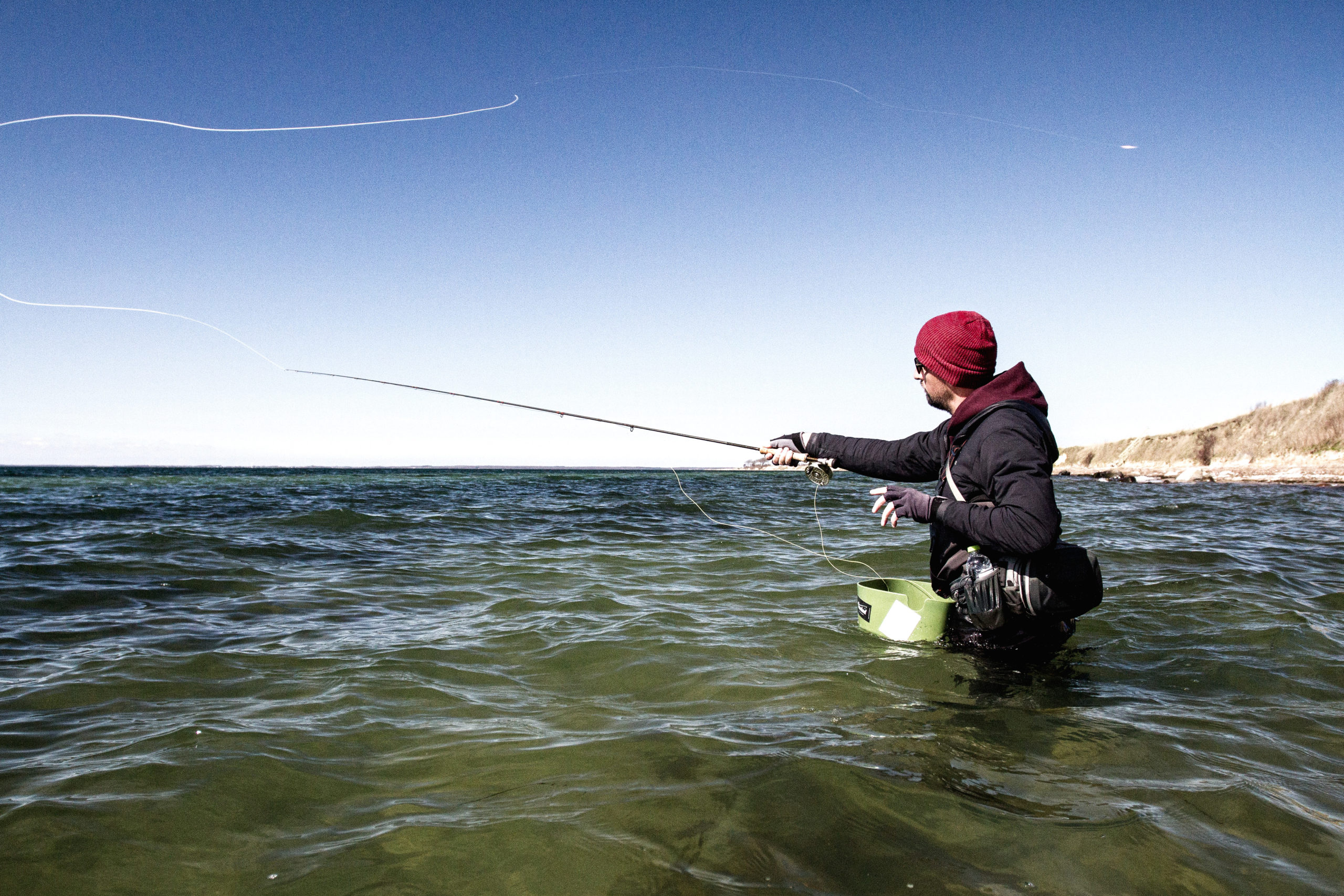 The first year I went on my own. Just me, myself and I.

I drove for eight hours straight, parked next to a beach, spent the night, had breakfast, started fishing and caught my first sea trout within the hour.

The next three days were shit. Not a single tug. That’s when I realised that fishing is not only casting a line with some kind of imitation shrimp attached and stuff happens. I completely lacked experience and I was ill prepared. I had to pay the price by being unsuccessful.

It really sucked that I had no one to talk to and complain about my situation but it made me think. Really think. I had to make some changes in order to catch my second fish. So I pulled myself together, took a deep breath, got creative and it happened. Another two sea trout were caught, than one and then three.

It doesn’t sound like much but I was over the moon. I drove home while making plans for the future. 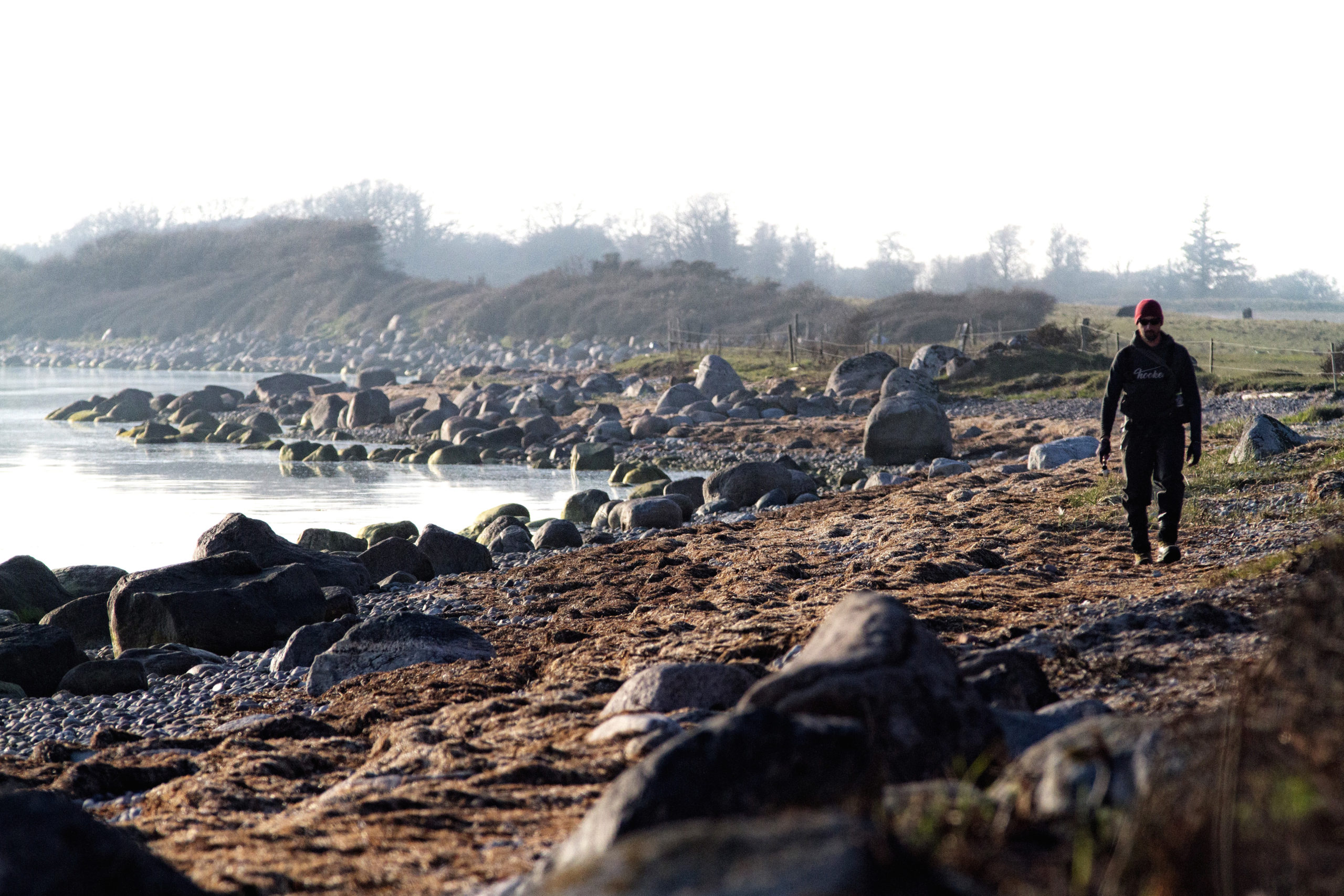 The second year I was invited to tag along in a three party fishing trip. We fished beautiful spots and each caught a few fish. I caught seven fish again. That still doesn’t sound like much but I loved every minute of that week.

The excellent company, the great food and drinks, the laughs and fascinating stories, the mind-blowing nature surrounding us. Like I mentioned earlier, it’s a package.

I felt like a young Luke Skywalker in the presence of two skilled Jedi and was eager to learn a few things. And I did. My insights on the when and where grew bigger and gave me a better understanding of our target species, sea trout. I really want to stress the words “better understanding”, because I’m far from a sea trout specialist. How can I be after measly two weeks of fishing?

Surefooted, I already made plans about my next trip. I wonder how that will turn out.

My third trip will be planned with some new insights (without them being dogmatic of course).

One must always use his wit. 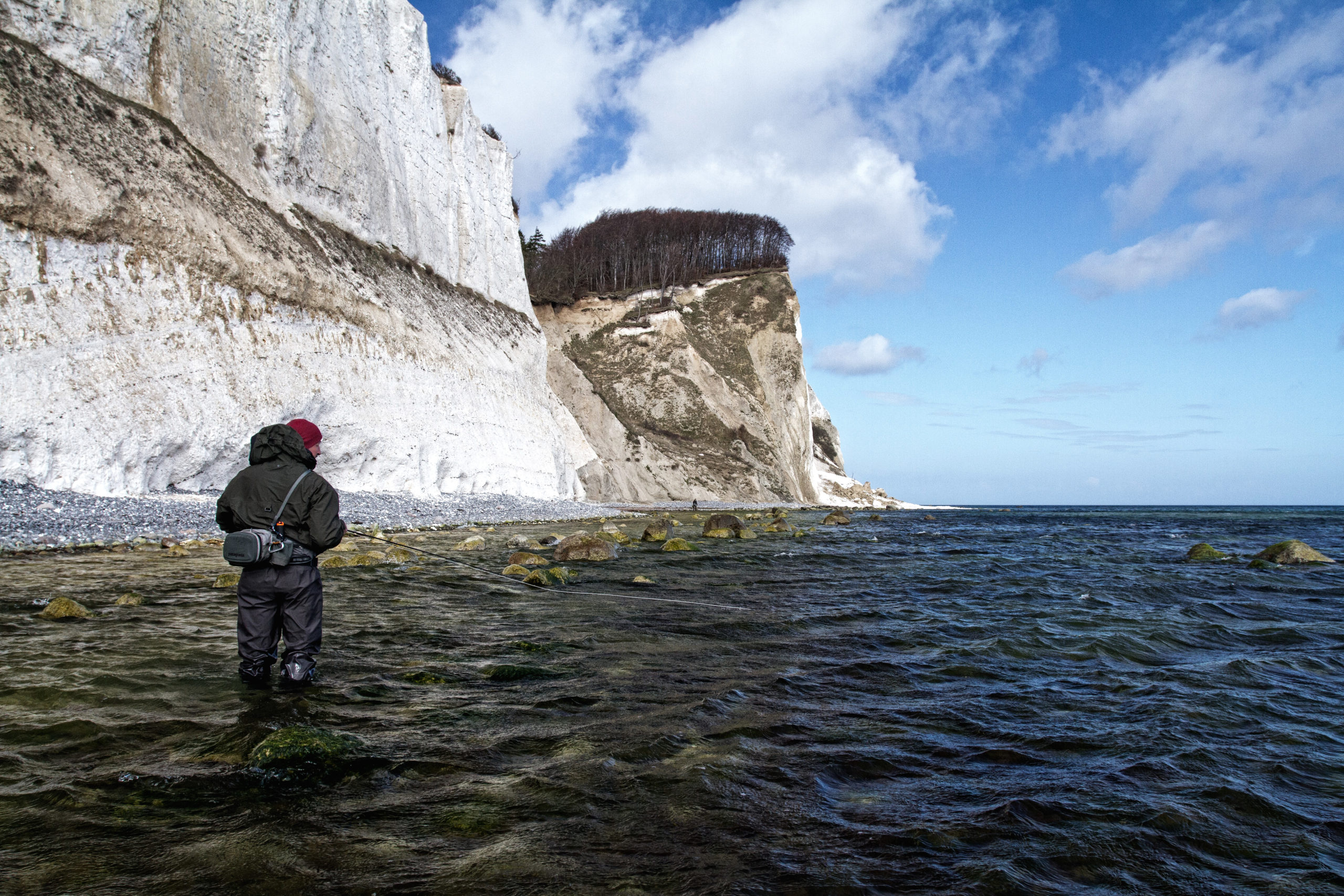 Like I said, fishing for sea trout in early spring is a game in which preparation, perseverance and thinking out of the box are key elements for success.

It starts with a preferably 6° Celsius water temperature. That’s the moment when sea trout come closer to shore and feed on mostly shrimp after spending a slow winter in deep water.

Knowing that shrimp are the main dish makes tying flies a lot easier. The Pattegrisen is a well-known pattern and shrimp imitation that some fishermen solely use. But other shrimp patterns will also do the trick. I always make sure I have shrimp in different sizes, colours and variations (without overdoing it). When you’re lucky and come across “the rag worms wedding”, you’re in for a treat. So it’s best to keep some rag worm patterns in your fly box as well. Top that with some bright and natural coloured baitfish patterns and you’re good to go. There are, of course, a lot of other patterns that work just fine and there are as many theories as there are fisherman but you should be good to go. 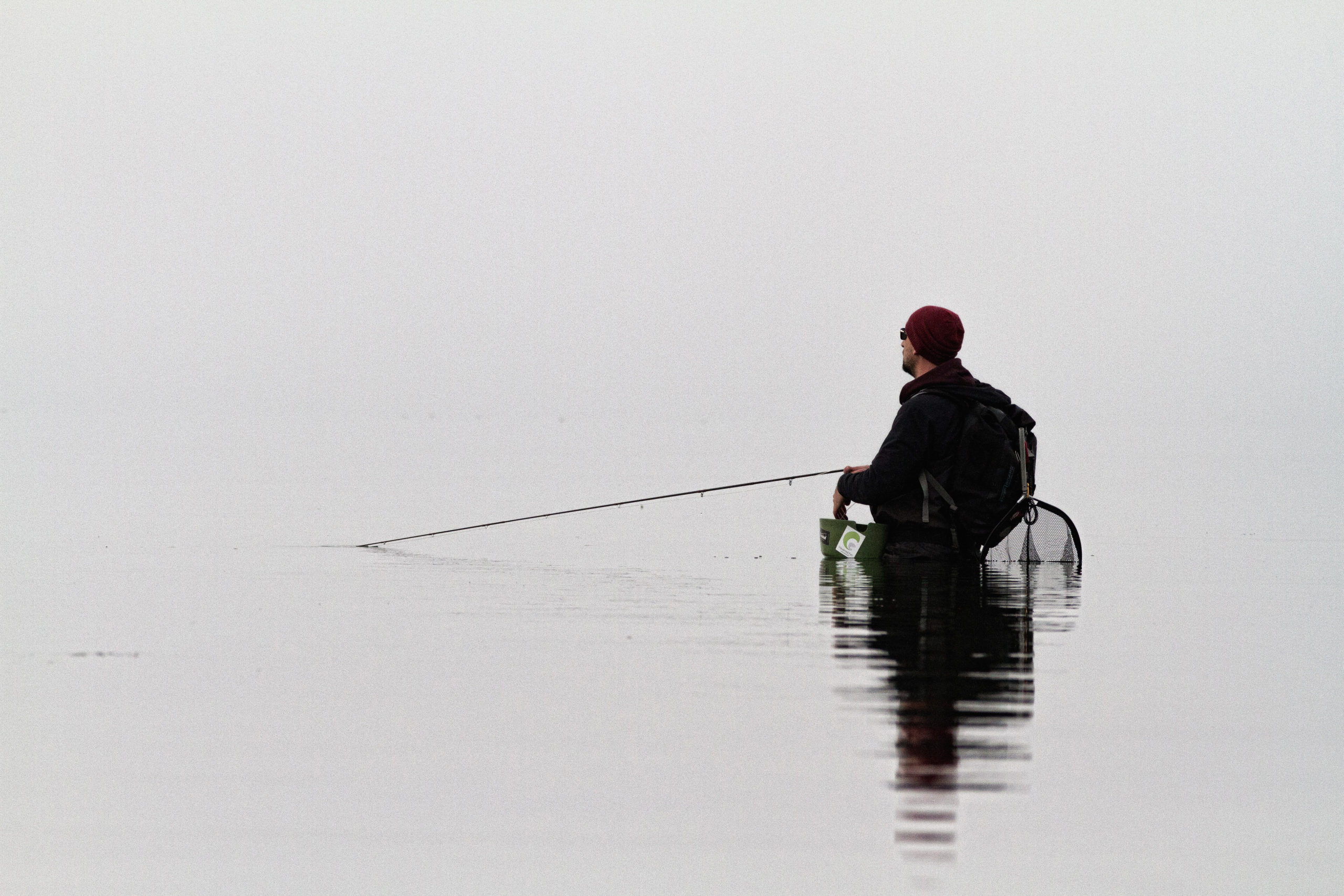 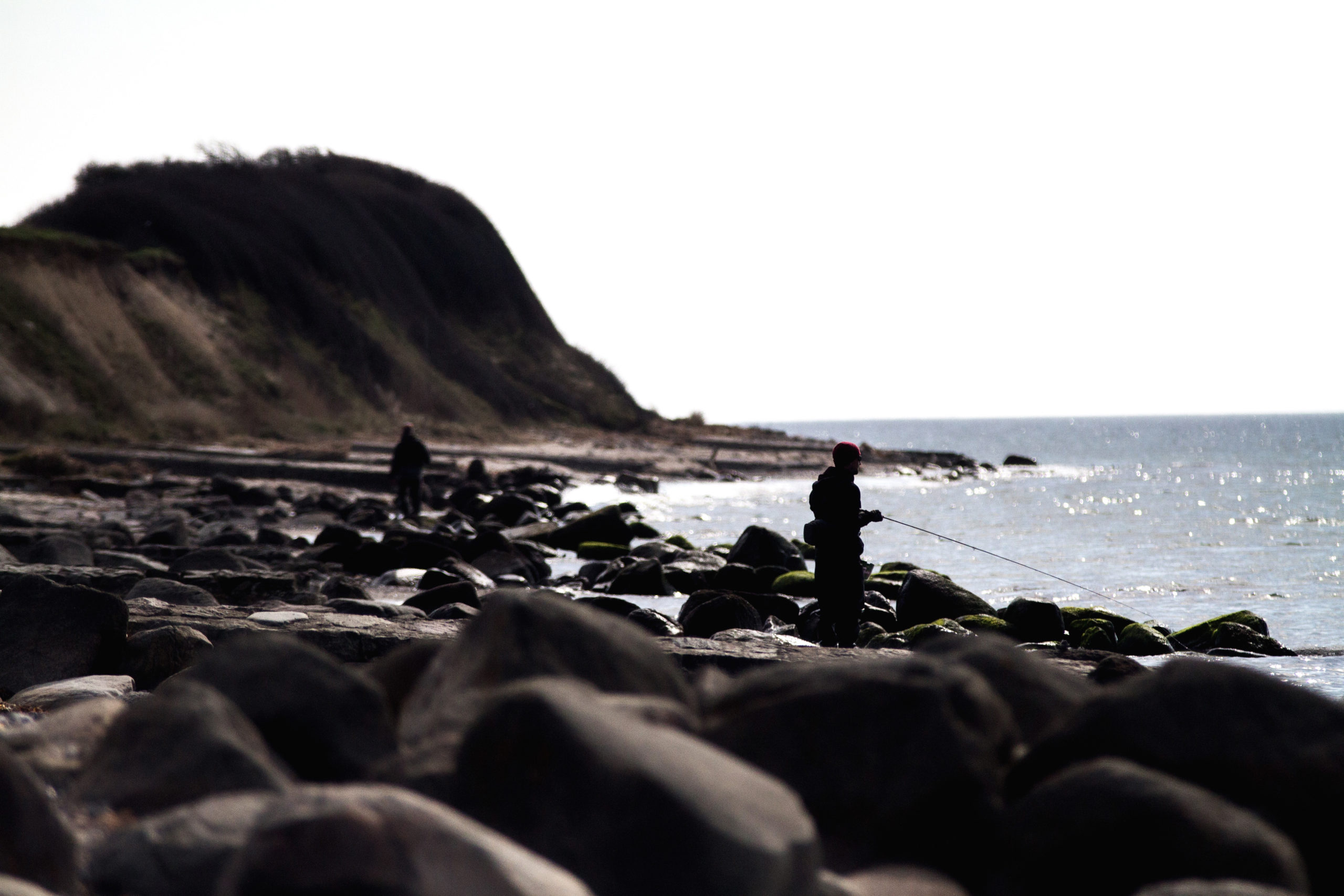 Next, and in my opinion more important, you focus on your potential spots. In this case satellite images are your best friend because you want to find those spots with a muddy and/or dark coloured bottom.

Why? In late winter and early spring much of your success depends on water temperature. The higher it gets the better for catching sea trout. So it’s best to look for spots that warm up easily.

Also look for structures, rocks and other irregularities, fish are very often attracted by them.

It’s also a good idea to fish in head winds. The wind brings food and even more important, it blows the warmer top water to shore. That is, as mentioned before, something important to think about.

I know it makes casting more difficult, but it’s definitely worth it.

A good back cast or fishing shooting heads might make things a bit easier and keep in mind that you are waist-deep in the water so it is possible to fish far enough in the water… Which is not unimportant. 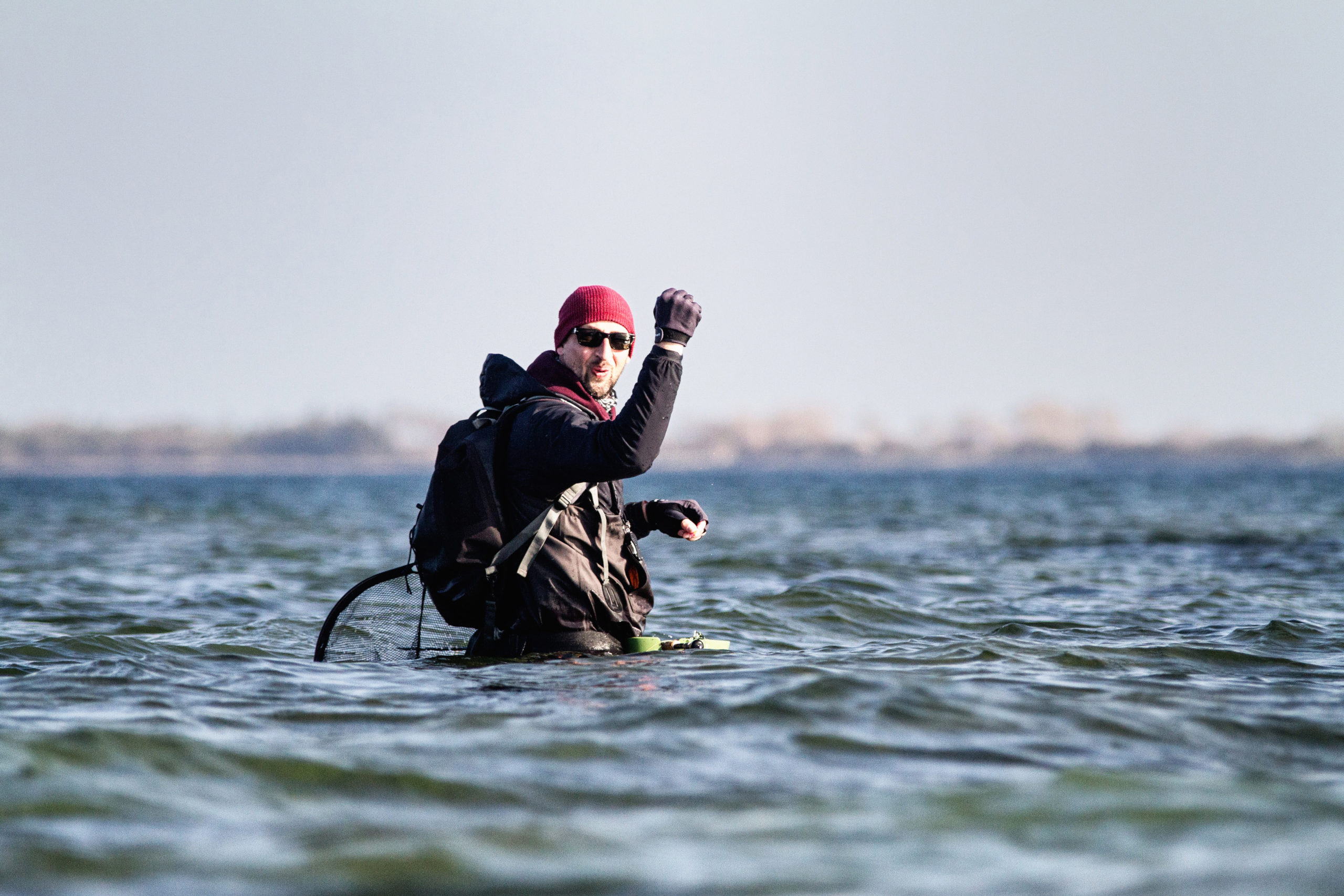 But, (There is always a but.) always listen to what your gut tells you while fishing.

If for instance, you see a rock sticking out only a few meters from shore, simply make that extra cast. Who knows what’s behind it.

If a beautiful cove is down wind, try it.

If you see anything that is out of the ordinary, no matter what… Make that cast!

Just try the things you’re confident about. There are no rules. 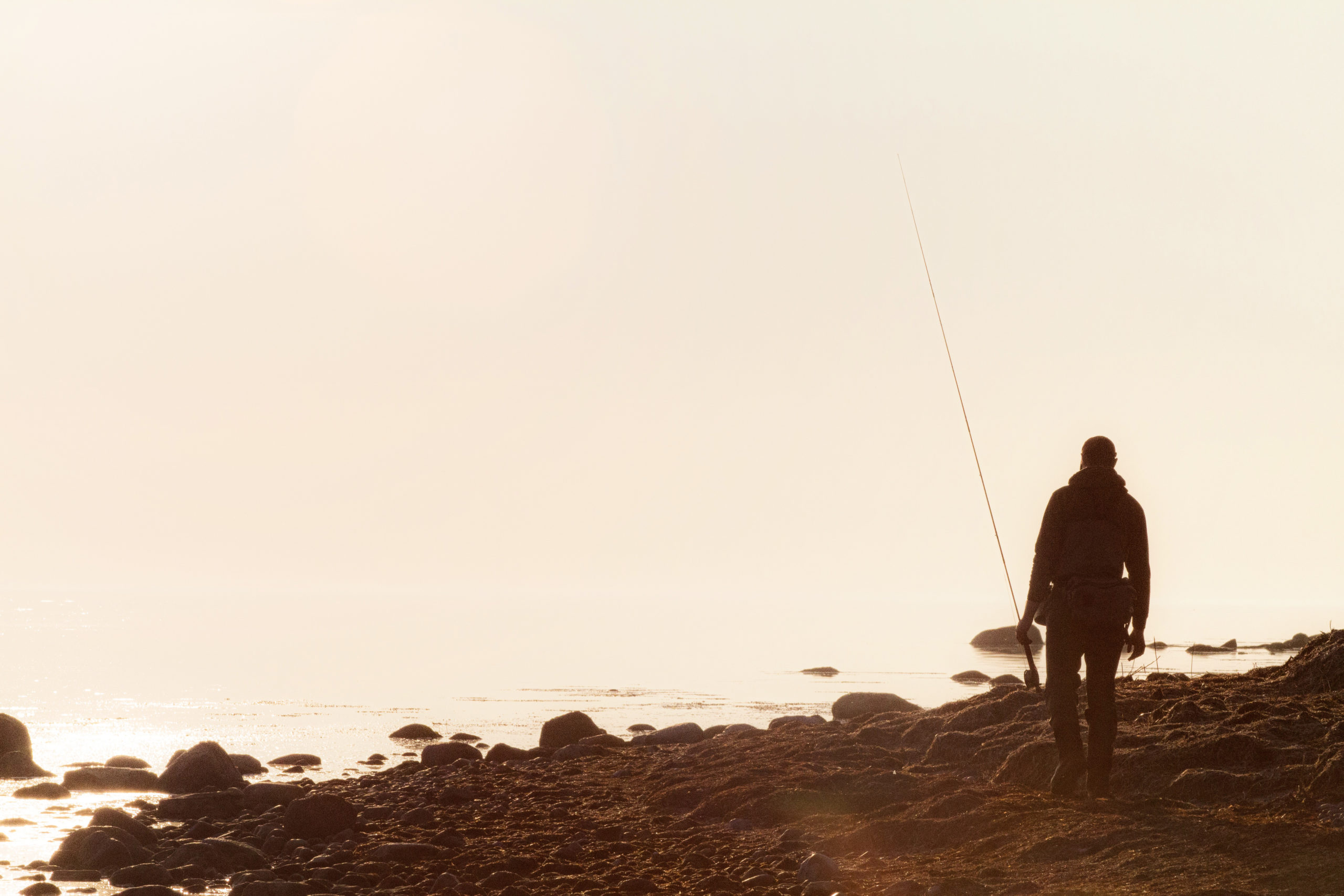 And last, temperature is not the only thing to consider. The water also has to be clear. Fishing murky water is disastrous for your chance on success.

So it’s best to fish a long enough leader in order not to spook the fish too much. And always make sure your leader is knot-free. Loosing a fish due to something that easily can be avoided is one of the most frustrating things.

Once you keep these points of attention in mind you can narrow the multitude of potential spots down and your plan is ready… in theory.

You only know if it works when you go out there and fish your ass off.