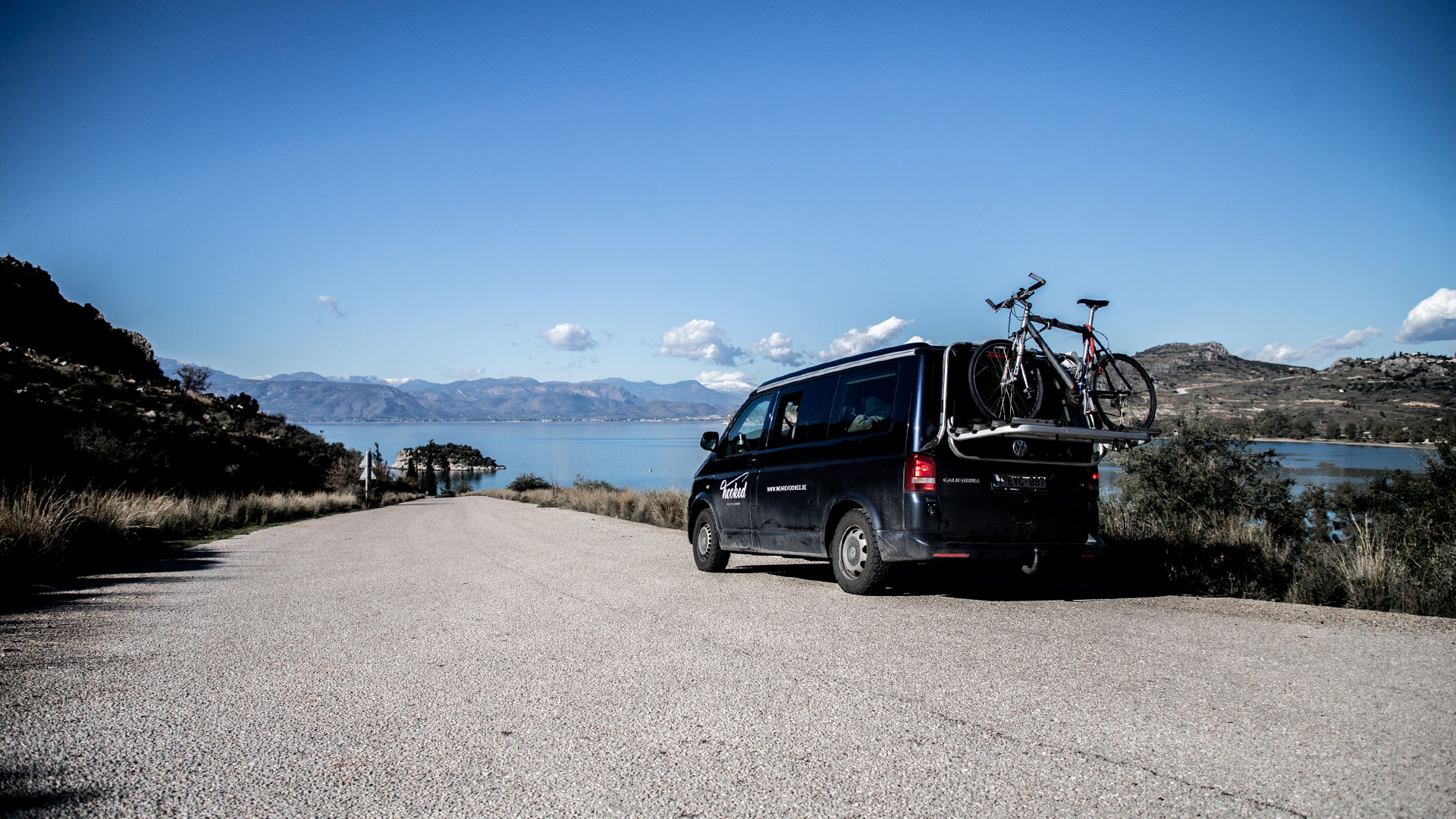 Athens was all about family. My parents came to visit us there. We rented a beautiful house for the six of us with a great view at the Mediterranean Sea and its beautiful sunsets. We enjoyed each other’s company just by spending time together.

Athens is a great city to visit. Of course there’s a lot of ancient Greek culture but the atmosphere is very easy-going.
We visited the Acropolis on Sunday, when it’s free. If you’re into ancient Greek stuff it is an absolute must do, if you’re not, the view up there is amazing. Athens really lies at your feet. And please don’t forget the Acropolis museum. It’s a beautiful museum both in architecture (what did you expect from those Greeks) as in the collection that is shown.
The museum lies at the foot of the acropolis that is dominated by the Parthenon. The inside gallery mirrors the upper parts of the Parthenon with all its ornaments in place. They have to be kept inside because of the air pollution that merciless eats away the marble. So if you look outside you see the dominant structures and inside you see the detailed workmanship that used to be up there. With a little bit of imagination it all comes together. 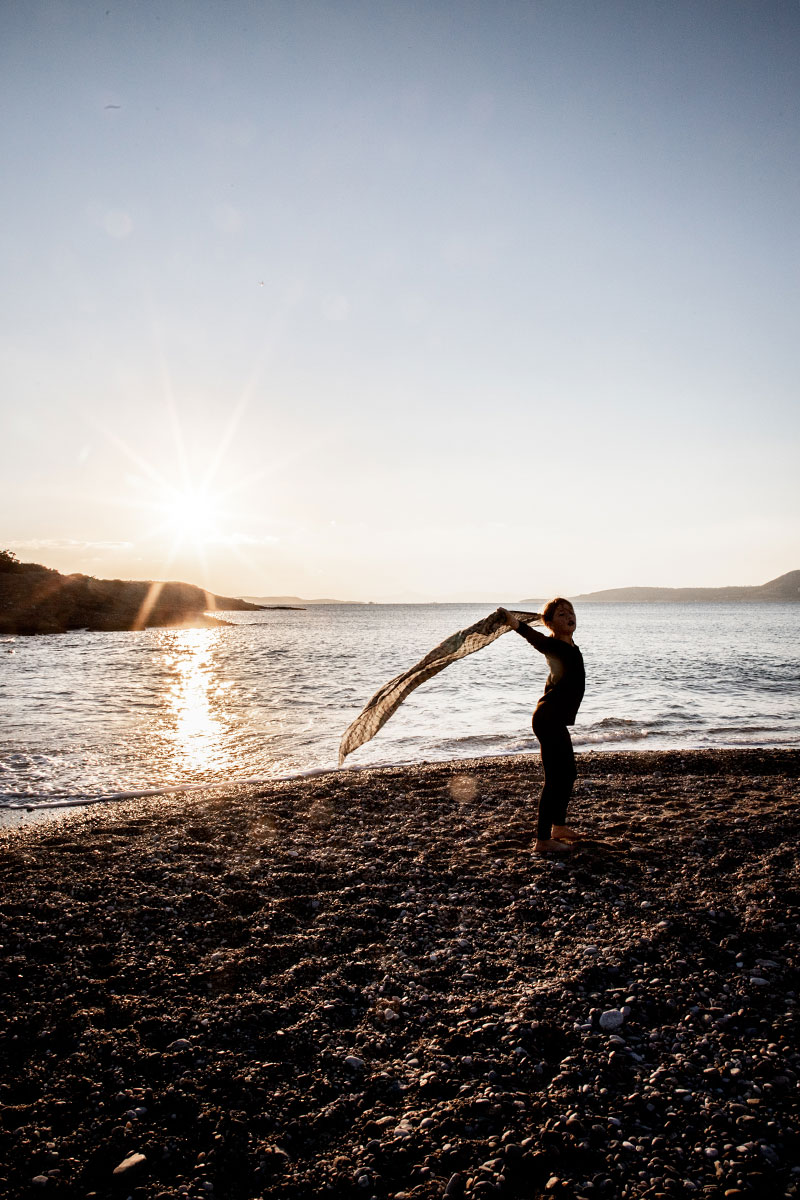 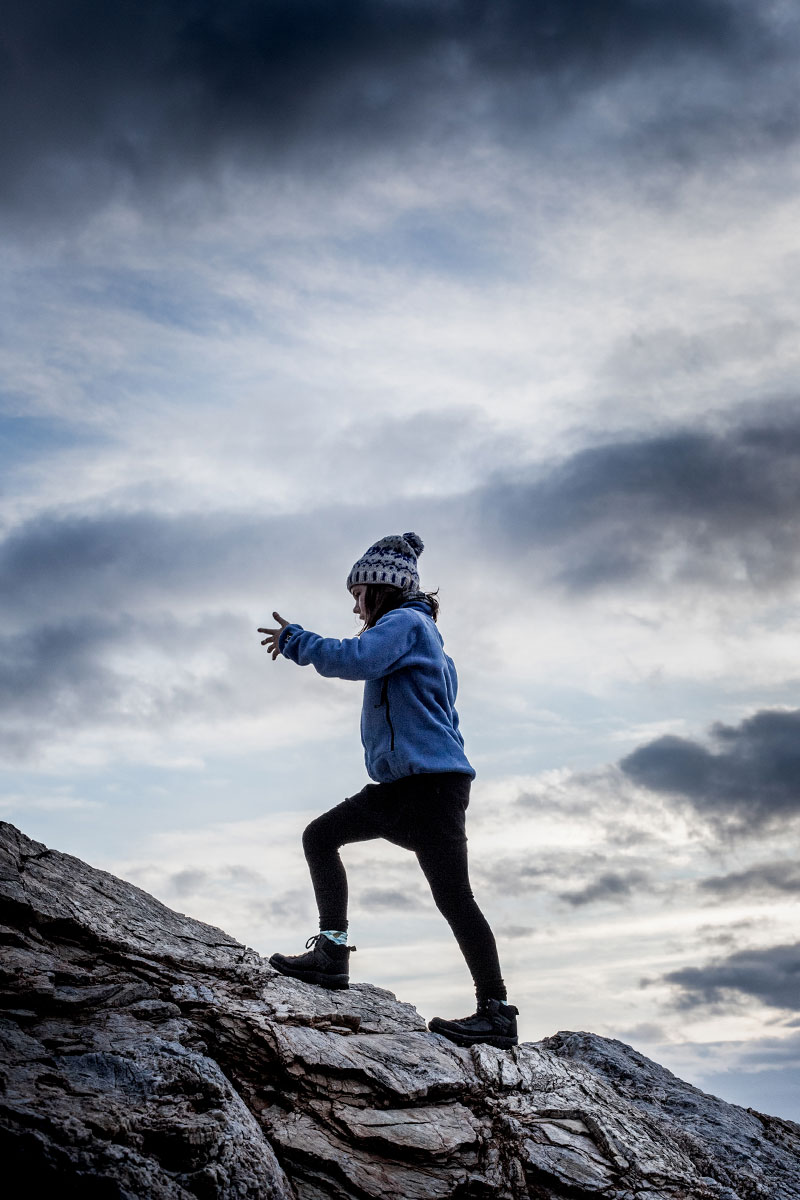 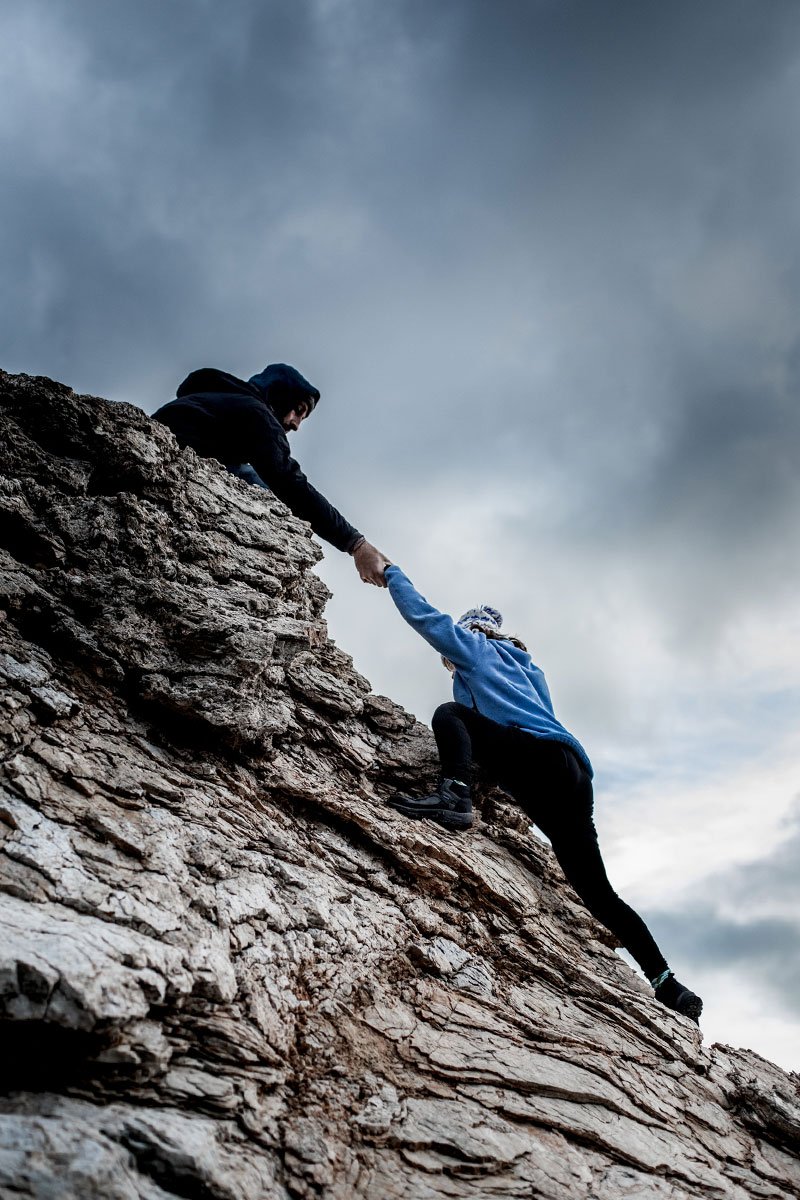 Because we are big market fans, we had to visit the meat and fish market. I’m always jealous and thinking: “Why don’t we have a place like that at home?” A place where you can walk past pigs and cow heads, intestines, brain, liver, tongue, hood blocks, screaming butchers in white coats and boots,…
Why is it fun to shop at a place that is extremely noisy, not perfectly clean, busy and chaotic? In my opinion… if you’re a meat-eater, you need to know where it comes from and accept the fact that animals were killed for it.
At a market place you buy local and straight from the butcher. Way better than buying that anonymous piece of meat on a Styrofoam tray covered in plastic from the cooler. The same goes for fish. I like it when you can choose your fish straight from the ice and have them scaled, cleaned and/or filleted on the spot. You buy what you need and the availability mostly depends on the fisherman’s skills or the season. 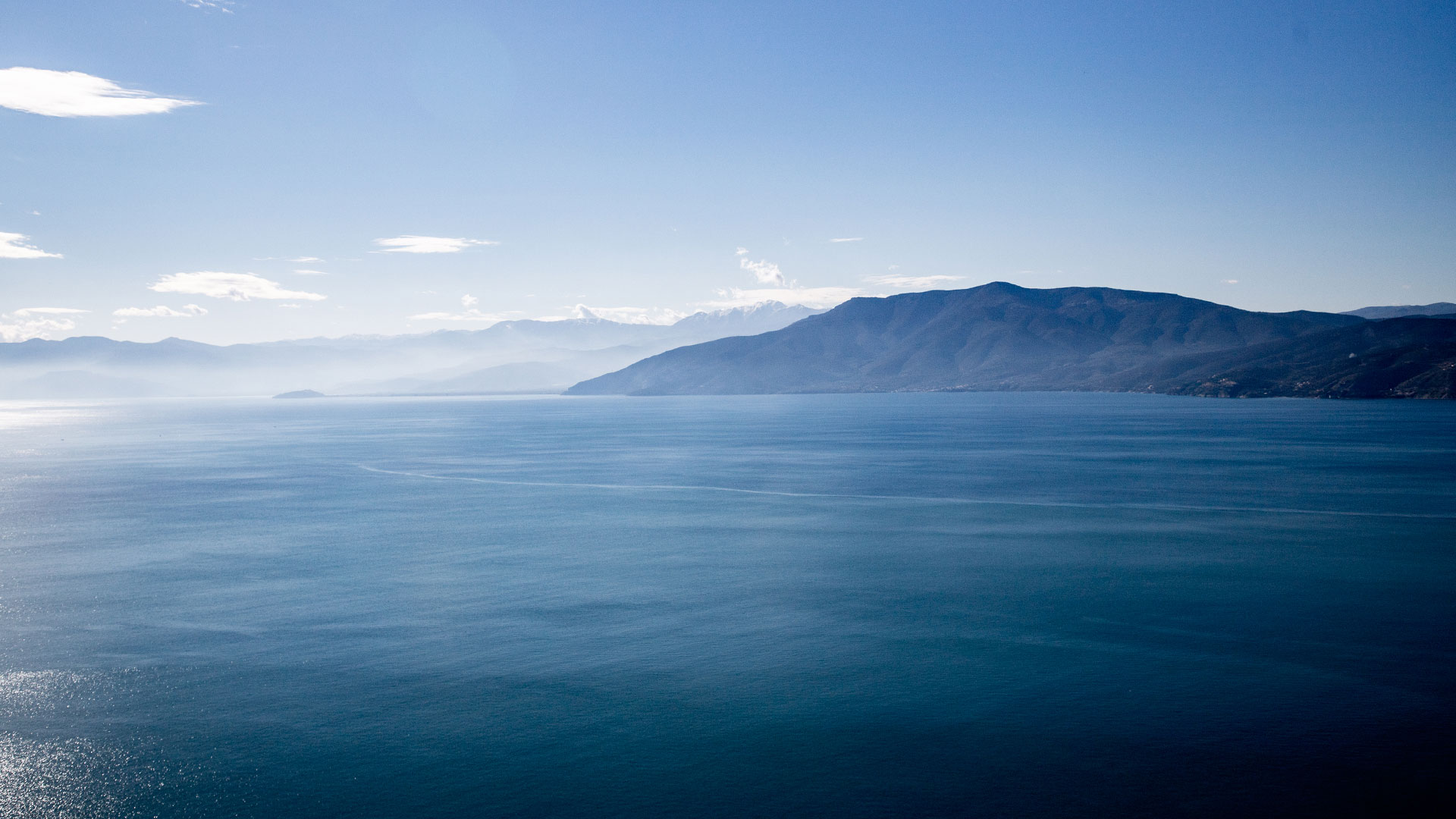 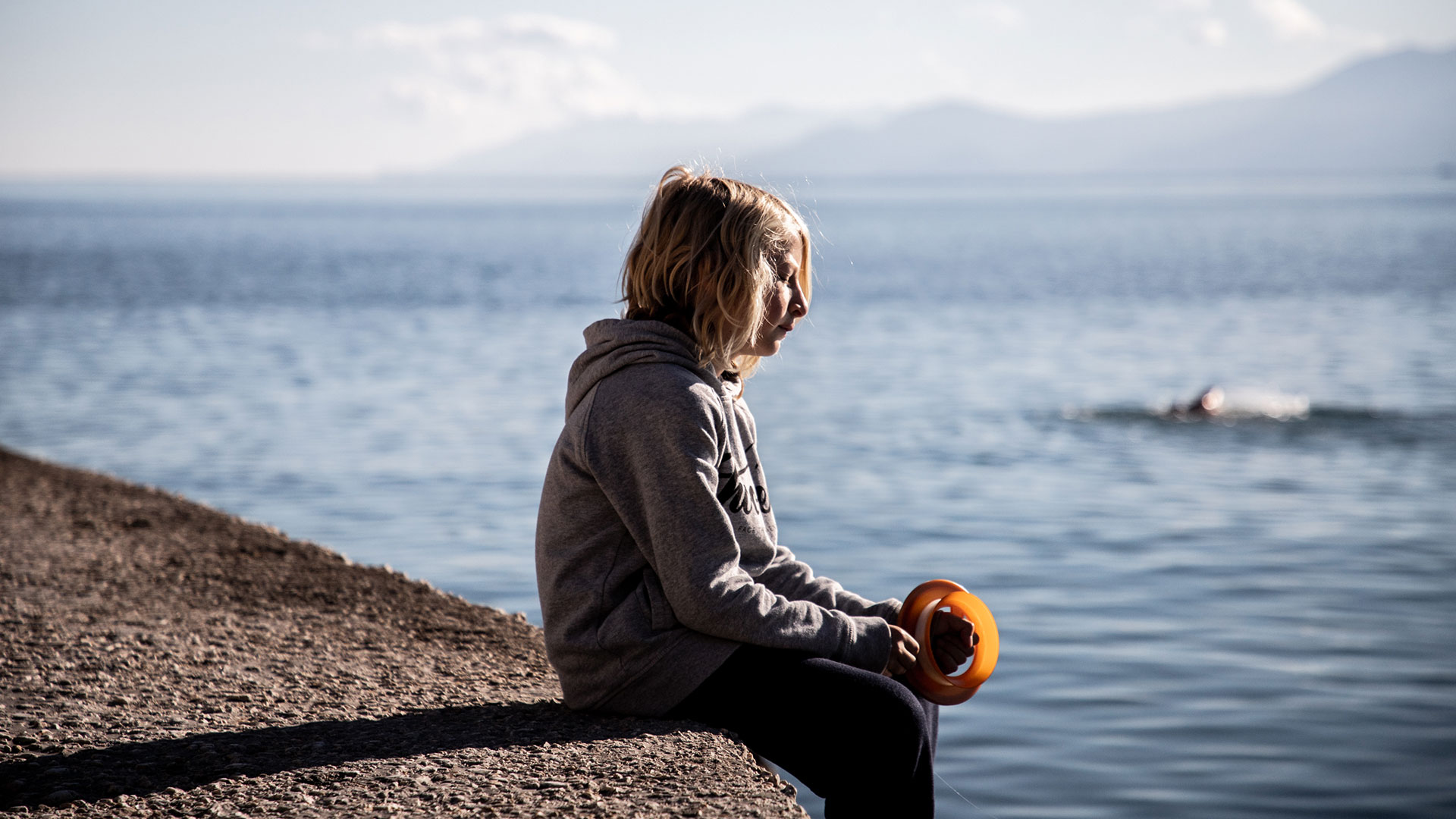 From Tolo we made a trip to Pratagos-Aetofolia, a natural reserve close by. The plan was to do a hike to a small monastery at the end of the trail. We had some easy off-road driving to do to get us a little bit further up the mountain before we continued on foot. The hike was pleasant but not spectacular.
On our way up we met the only monk that lives at the monastery. He needed to go to town but the gate was unlocked so we could see the monastery. It would take an hour, an hour and a half for him to get back but in Greek terms that meant that we didn’t see him again, even when we walked down again some three hours later.
The inside of the monastery we never got to see but that didn’t matter. It was one of he most beautiful places we visited so far. It lies at the end of the road against a massive cliff overlooking a beautiful canyon and the sea. The silence was the most impressive. It’s understandable that a monastery is built there, no better place to pray and contemplate with a view and surroundings like that. 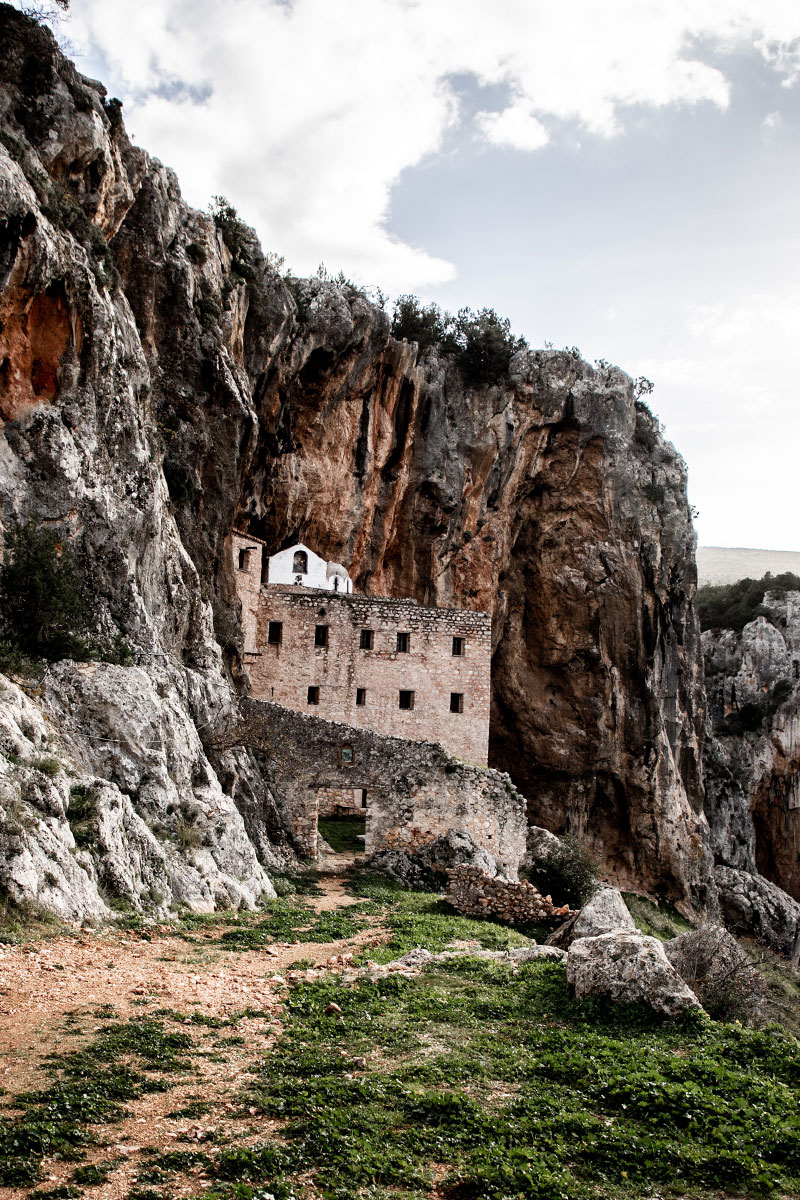 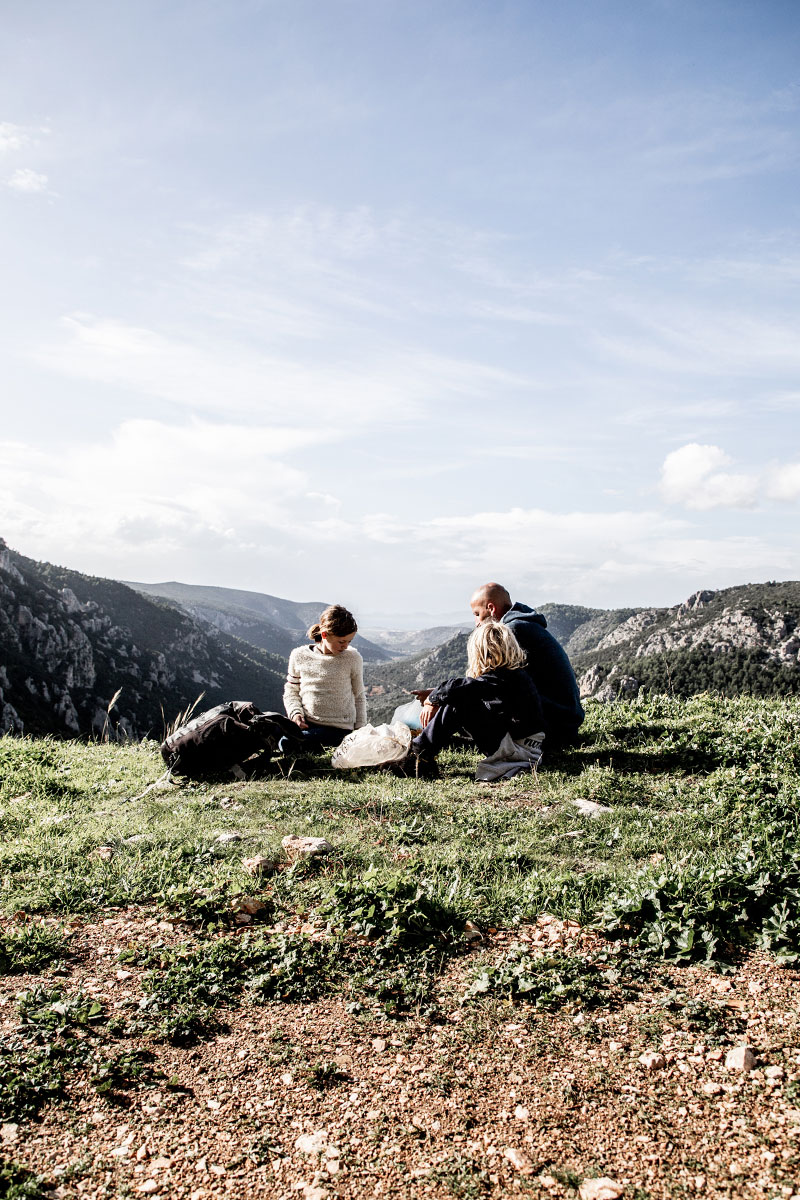 It was time to leave Greece, it was a short stay, but enough to get the idea. Greece is beautiful. It’s the contrast between the mountains, rocks and rough terrain against the ever-present Mediterranean that we liked so much.
The scenery is amazing and what really ties it together, are the characteristic and omnipresent orange and tangerine trees. They make us feel happy.

We drove to Patra from where the ferry would take us to Brindisi. Boarding the ferry went just fine, I think I even impressed people with my manoeuvring skills on the car deck. Not that there were a lot of people there, most of the passengers were truck drivers and they had to park in the lower parts of the ship.
We checked in to our cabin and went for the ships restaurant. Diner wasn’t until eight so we killed the time by playing cards and having a drink.
When, finally, diner was served, we were quit hungry but there was only one problem… The boat started rocking harder and harder and very soon there was no more sign of any hunger or desire to eat. I had to hurry away to go lie down as soon as possible, leaving Katrien and the kids at the table, but they soon followed. The rest of the night went without any problems and we could disembark without any further problems in the next country on our trip, Italy.